The plateaus stretch as far as the eye can see. This is a land of blockfields, bogs and lush valleys. Varangerhalvøya National Park is partly situated in a low Arctic climate zone in a landscape that was formed before the last Ice Age.

Varangerhalvøya offers many exciting hiking options. The Arctic landscape is suitable for both hiking and skiing. We have many excellent fishing rivers. It is important to be aware that the paths in the park are not marked, so you’ll need to be able to use a map and compass. Our suppliers offers guided walking tours in Varanger – check it out here! 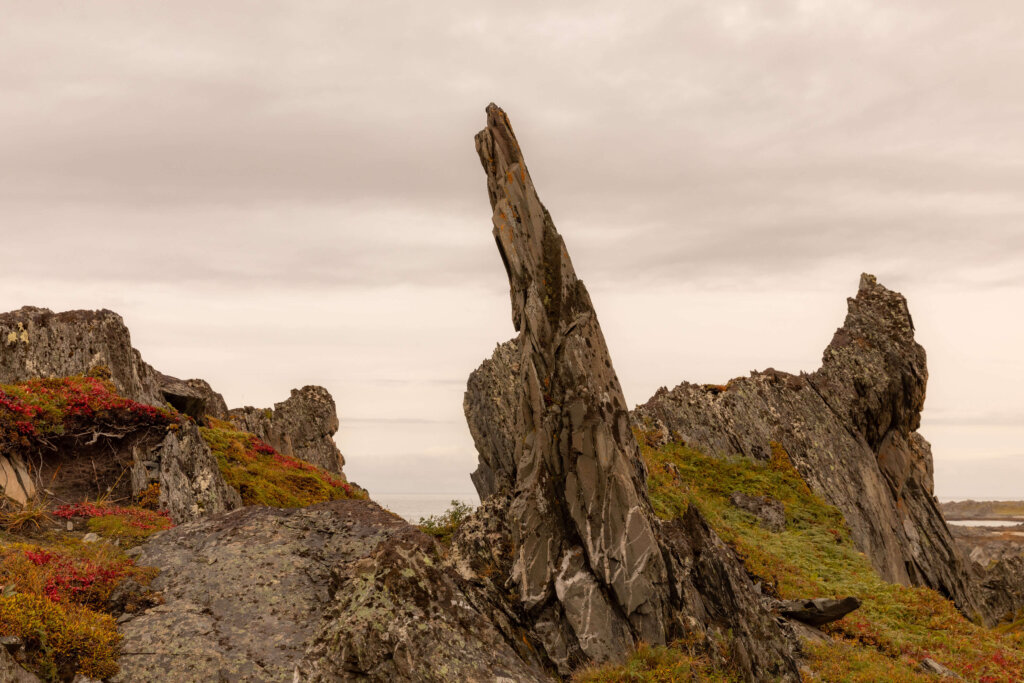 The oldest relics on the Varangerhalvøya peninsula date from the Palaeolithic. Evidence of dwellings can be found both on the coast and in the mountains. Hunters of the time built animal graves, shooting positions and fences to herd and direct the wild reindeer grazing in the area in order to catch them. Hunting was probably an important reason why wild reindeer disappeared in the 1600s and was gradually replaced by domesticated reindeer.

The Sami hunters were seasonally nomadic. In the summer, they lived by the rivers and watercourses inland and set up their winter camps along the coast. In the 1900s, it became increasingly common to live in one place throughout the year, and many people chose to settle in the municipality of Unjàrga/Nesseby. 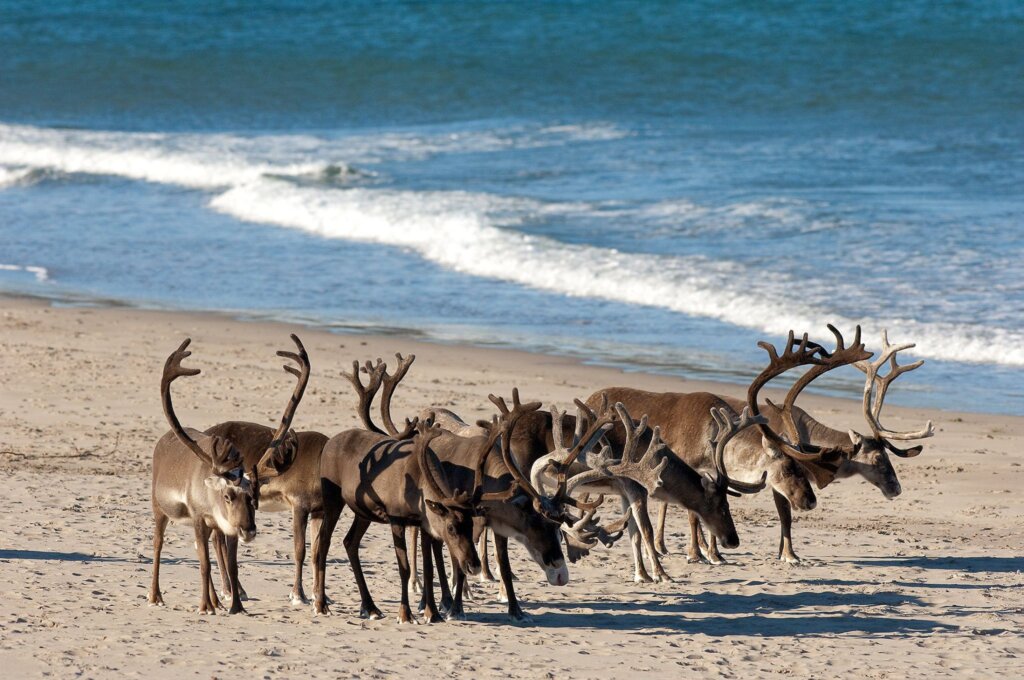 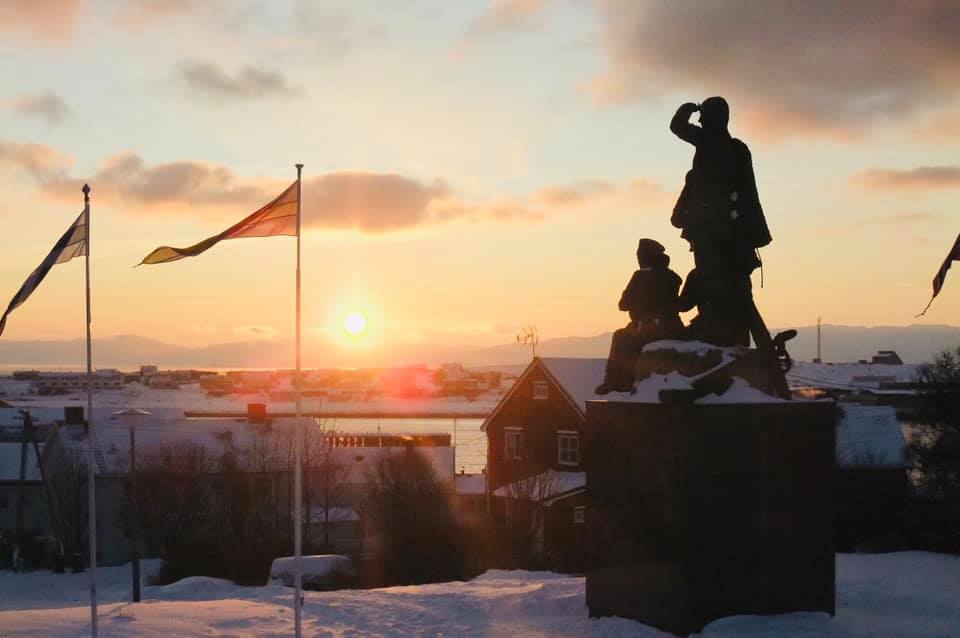 The 1700s and 1800s saw the immigration of Finnish speakers from northern Finland and northeastern Sweden to Varanger. There was good access to natural resources such as game, fishing and berries here. Gathering cloudberries was an important resource for the people of Varanger. The Kvens were good farmers. Most of the bogs were cut to provide a supply of animal fodder, and peat was used as fuel.

Wild reindeer, rivers rich in fish and fjords with access to marine mammals meant that hunters were the first people to live on the Varangerhalvøya peninsula. The area now has elements of Sami, Norwegian and Kven culture. Reindeer have always been important here – from the time of the former hunting communities to the present-day Northern Sami reindeer husbandry.

The arctic fox is a specialist which lives in the Arctic mountain climate. Varanger is home to a small population of what is one of Norway’s most endangered mammals, and efforts are being made on the Varangerhalvøya peninsula to save the few animals that remain. In contrast to the populations further south in the country, arctic foxes in Varanger have a closer relationship with the coast. The arctic fox’s diet includes marine species, although the species is dependent on a good lemming year in order to breed successfully. 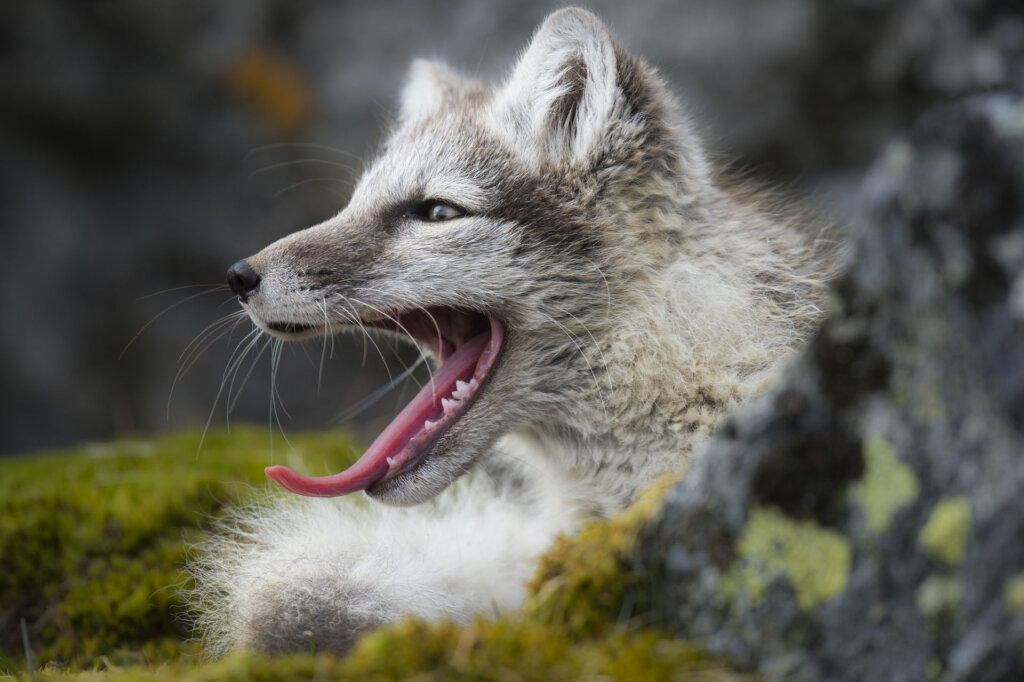 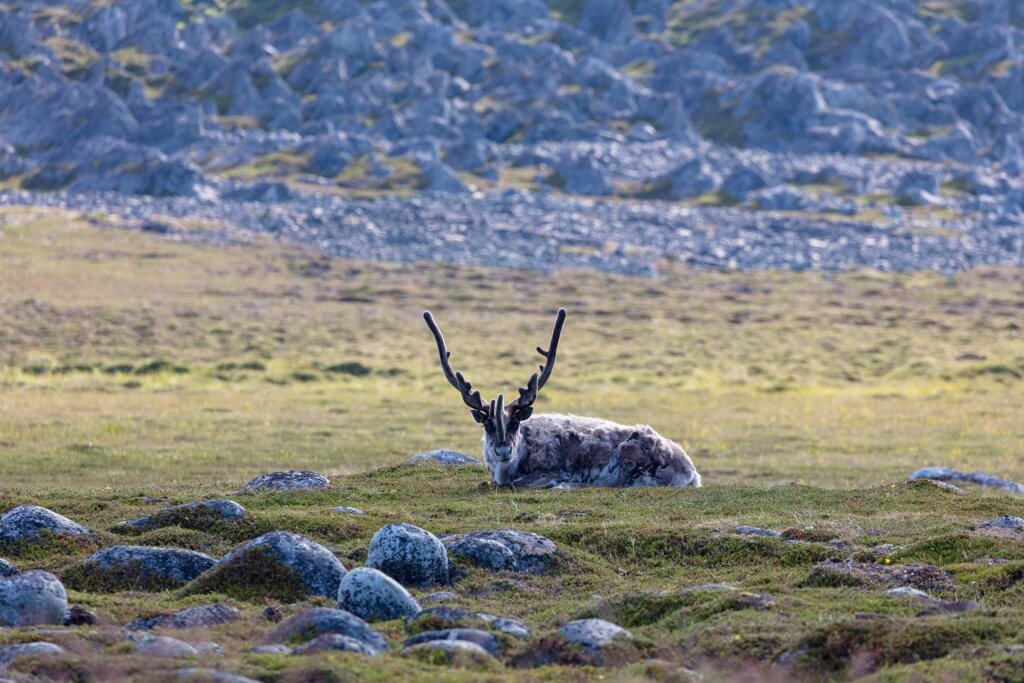 The national park provides ideal summer grazing for reindeer. Reindeer herds are driven here in the spring to calve and to feed on grass and herbs during the summer. The calves are born in May/ June and spend their first six months here before they are moved to winter grazing. Domesticated reindeer herding is the most important industry in the protected area.

Amid the scree and on the gravel of the riverbanks grows the rare Arctic poppy. Together, purple saxifrage and the Arctic poppy are the two northernmost flowers in the world. Crepis multicaulis is one of Norway’s rarest plants. Asia is the core area of the plant, while Varanger lies at the very edge of the plant’s range. Experts believed until recently that the species was extinct in Norway. Experience the flora along the boundary of the Arctic forest in Syltefjorddalen Nature Reserve in one of the world’s most northerly deciduous forests. 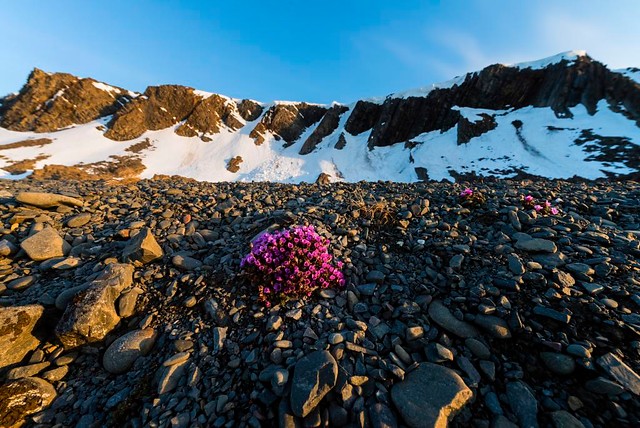 At Varangerhalvøya, species from the Arctic, Siberia in east and more southerly regions meet. Few species can survive in this climate, but those that are able to are specialists. 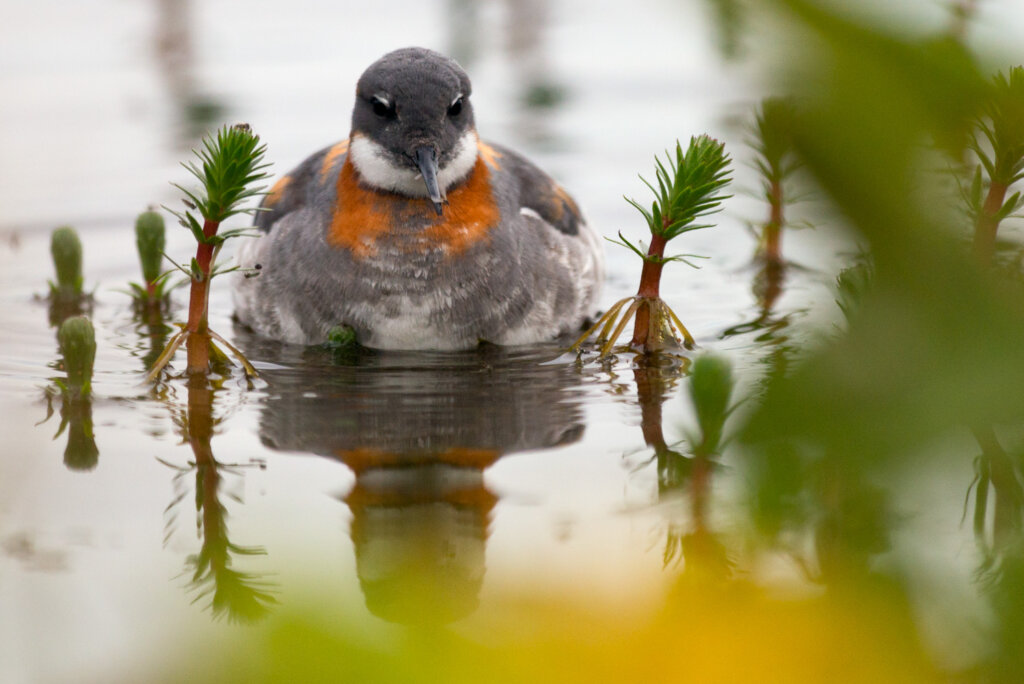 Varangerhalvøya is an important area for numerous bird species, such as the red-necked phalarope, long-tailed jaeger, horned lark and the little stint. The long- tailed jaeger is a characteristic species of the national park. Norway’s largest population of bean geese live in the bogs.

This migratory bird, which has a wingspan of 174 cm, is on the Norwegian Red List. The bog areas also provide valuable habitats for other bird species, such as the critically endangered lesser white-fronted goose, which can be observed sporadically in the area.

Strap on your skis and head off across the Varanger plateau. Or start your trip from Vestre Jakobselv or Vadsø ski stadion. In March and April, trails are prepared from these starting points up to the shelter at ‘Trefemogførr’ (345) on the border of the national park. You might prefer to take a longer trip to Skipskjølen, the highest point in the national park at 636 metres above sea level by following the trail between Linjehyttene, or ‘power line cabins’, which were constructed along the route of a former power line which passed through the area. 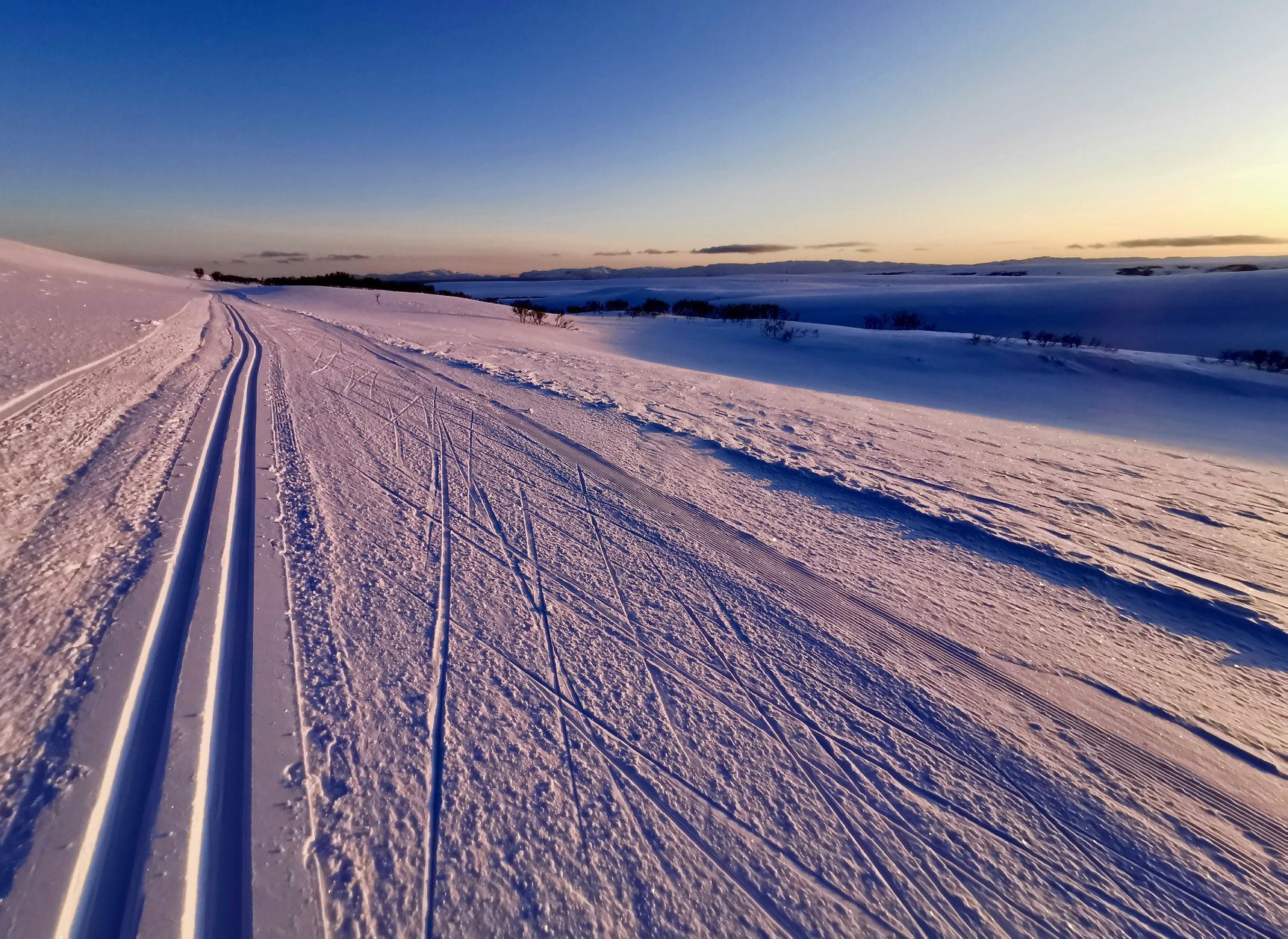 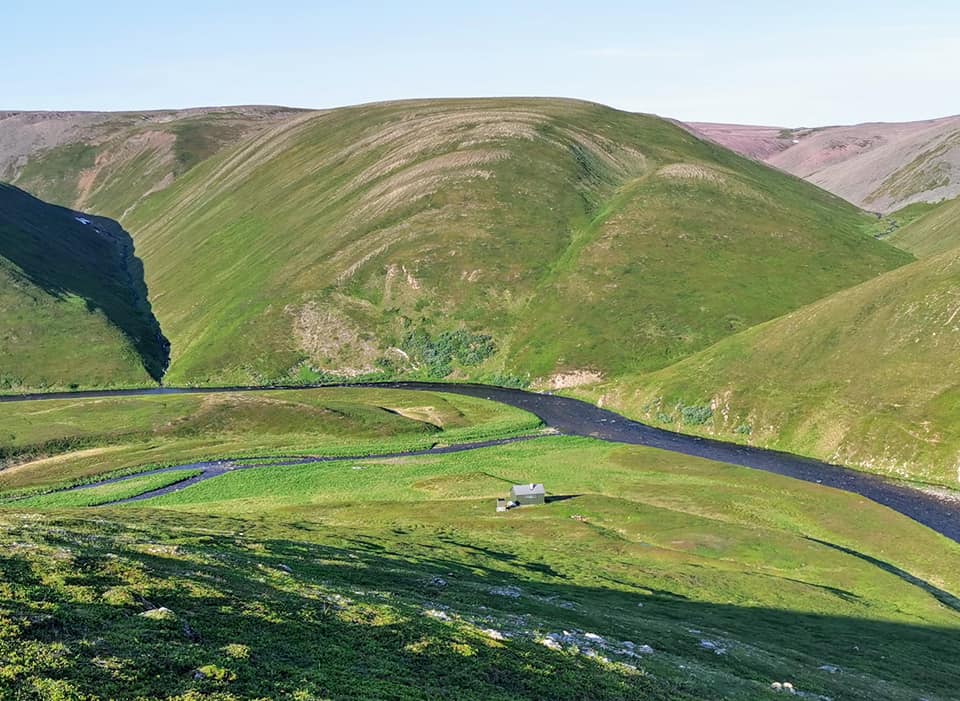 Several of the power line cabins were built before the Second World War to provide shelter for the construction workers and their horses, and also served as hiding places during the partisan struggle against the occupation of Finnmark. Four cabins remain open today between Komagdalen and Ordo. Helheim power line cabin is most easily accessed from Ordo during the summer months. A fifth cabin known as Telegrafhytta is located to the northeast in Sandfjorddalen.

During the summer, you can visit the waterfall deep in the valley of Nattfjelldalen. Start the hike at the river Sjåbuselva in Vadsø.  The trip is an 18-kilometre return hike and takes about 6-7 hours. 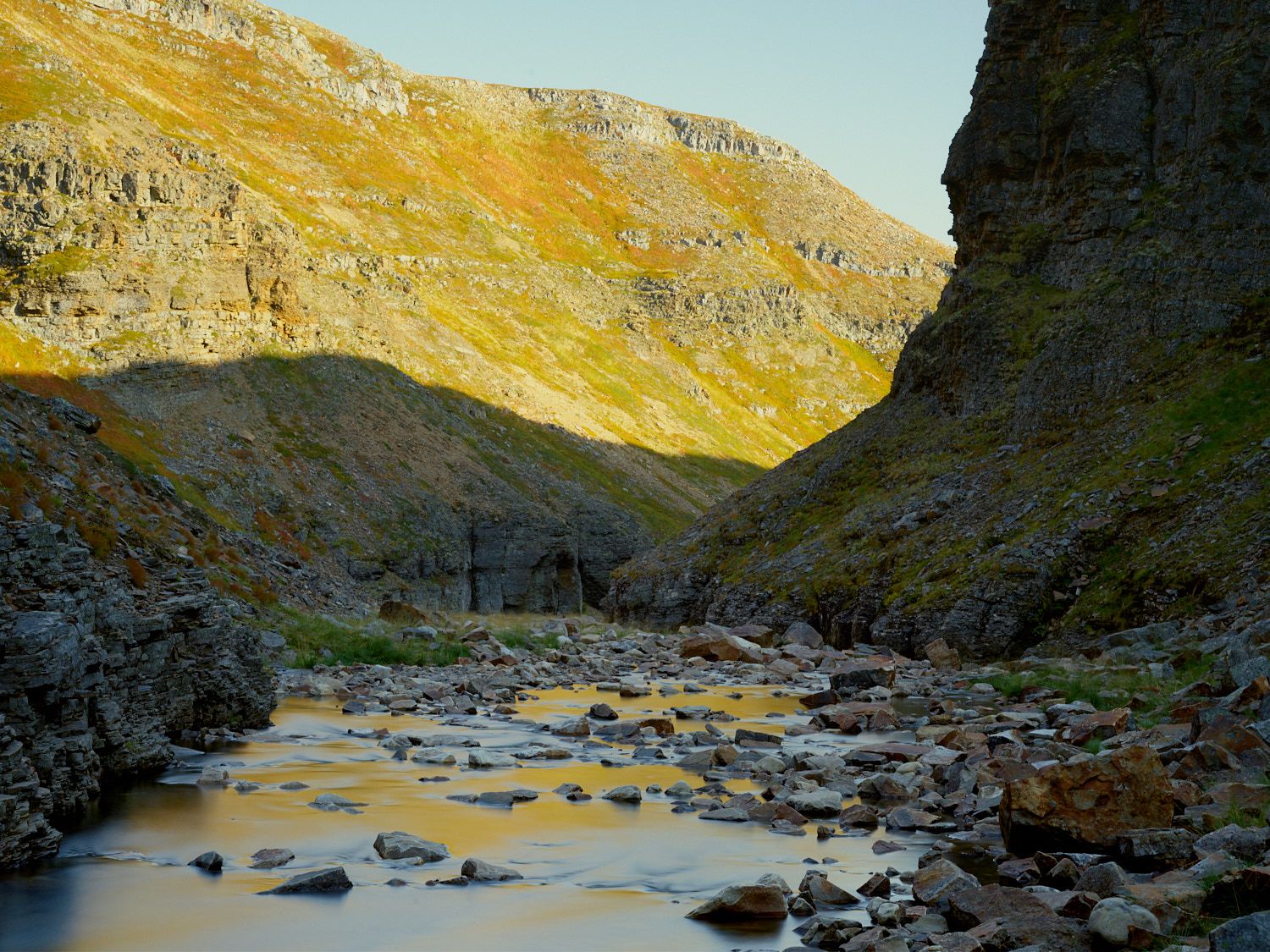 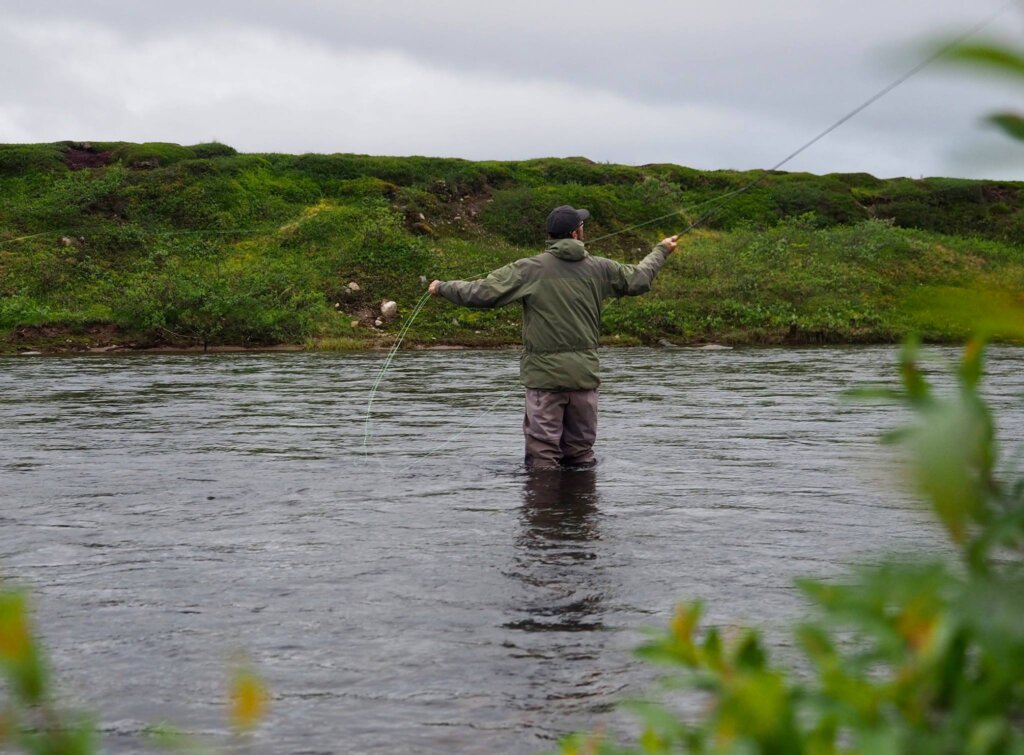 You can catch trout, char, salmon, sea trout and arctic char in the rivers and mountain lakes. Remember to buy a fishing permit.

Bird trail and the suspension bridge

In the summer, you can walk the bird trail which leads into the valley
of Komagdalen, where you will find information about the bird species that live in the area. Take a trip up to the suspension bridge (7 km). 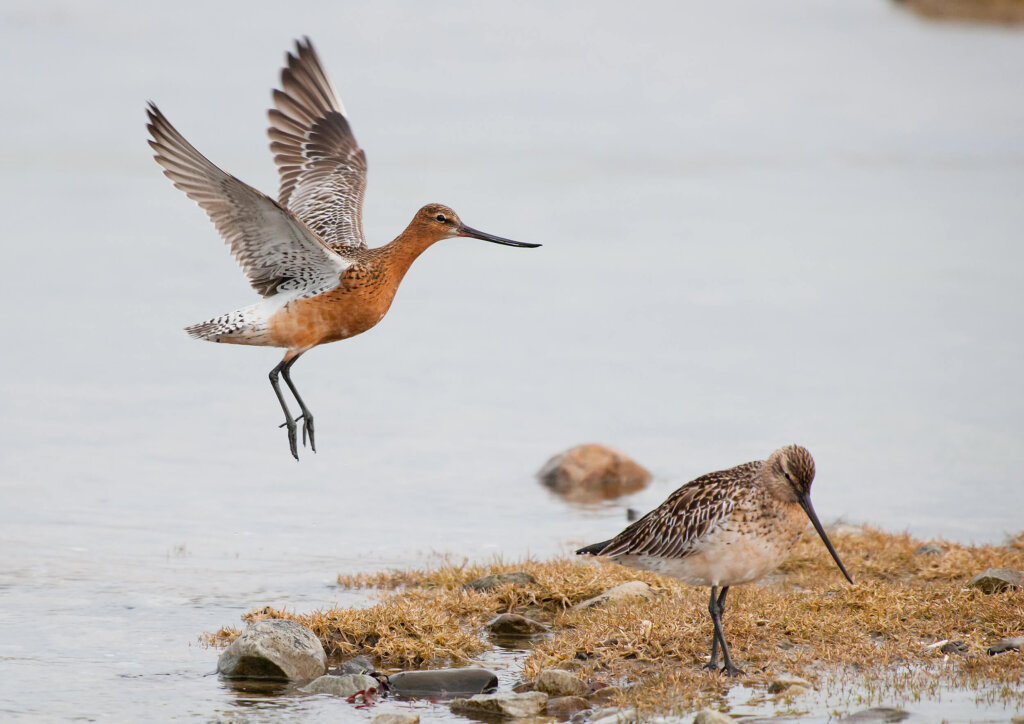 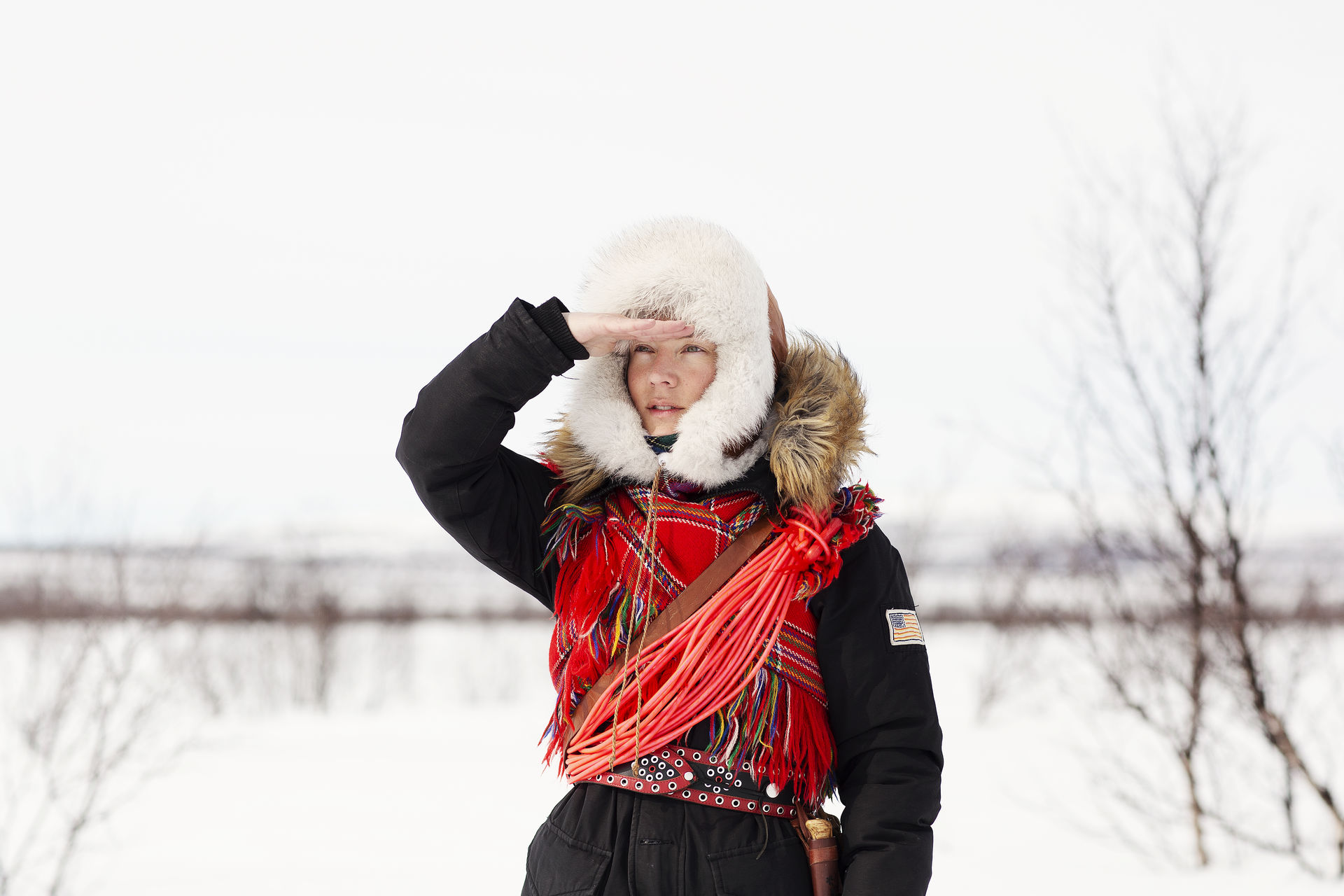 Learn about the history of the coastal Sami in the museum in Varangerbotn. The museum has a shelter with a map and information about the national park. The bird hide below the museum is a must if you want to find out more about the bird life in the area.

The Sami handicraft tradition of duodji still lives on in Varangerhalvøya. The people who practise duodji produce objects made from reindeer skin or raw materials such as birch bark and antlers from uncultivated land areas. 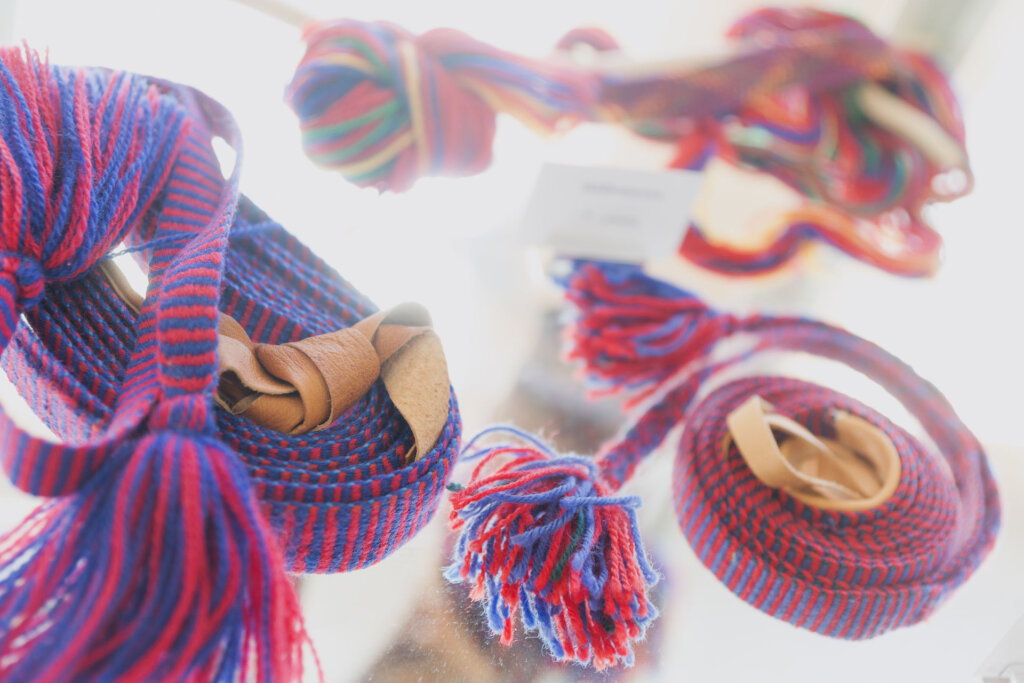 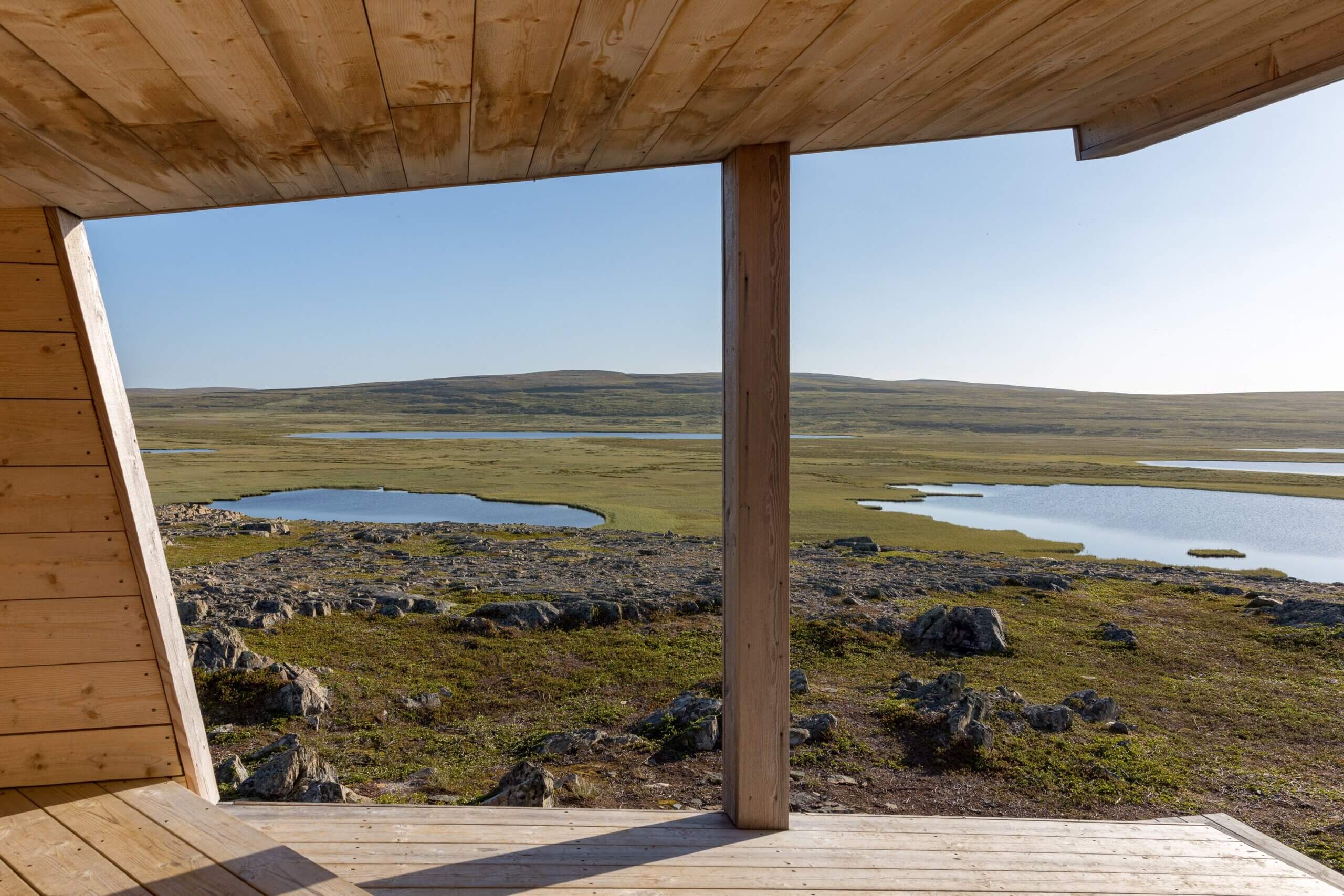 Feel free to fill out our enquiry box and one of our advisers will get back to you at your earliest convenience. 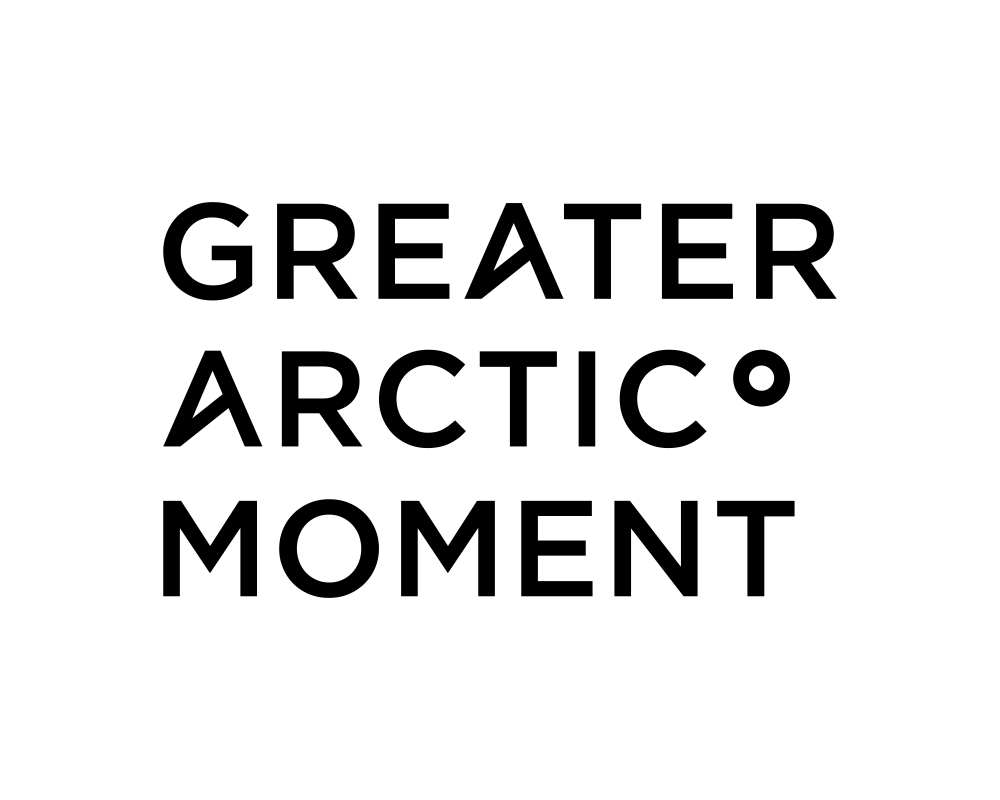 Getting here
Code of conduct
Credit friends of Varanger
Contact us

BOOK A NIGHT OR TWO IN THE ICEHOUSE

Probably one of the coolest accommodation in Varanger